Image by cocoparisienne  at Pixabay 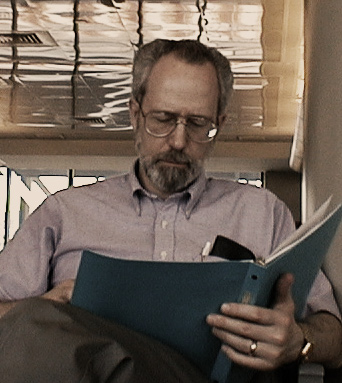 Every morning we arrive as refugees no less from our dreams as from the day before. The raw materials of existence, either dreamt or waking show up in a steady cataract to be fashioned into the stories we house our lives within. Tell me your dream from last night, tell me what you did yesterday—and you’re telling me a story, the story of your life. And these stories, the collective wit and wisdom and folly of humankind—the creature with language, the creature of language, we might say—come in both big and small packages.

My blog—Lord of Misrule—concerns itself with the bigger packages, novels and entire collections of stories, while this page—House of Quotes—concerns itself with fragments, smaller and often pithier packages. Alfred Einstein’s God doesn’t play dice with the universe, Blaise Pascal’s Most of man’s trouble comes from his inability to be still, Shakespeare’s Yet who would have thought the old man to have had so much blood in him, and W.C. Fields’s You can fool all of the people some of the time, and that’s enough to make a decent living—those are the affairs of this page. In lost moments I’ve been known to page idly though Bartlett’s or Burton Stevenson’s Folger Book of Shakespeare Quotations, but I want to assemble here something looser, less organized and comprehensive. The House of Quotes is intended as a repository of random entries, pearls and nonsense discovered in my readings and wanderings.

From the Introduction of E. A. Abbott’s A Shakespearian Grammar

(a Dover edition, published in 1966, an unabridged republication of the third revised edition, as published by Macmillan and Company in 1870):

One remark may be of use to the student before referring him to the following pages. The enumeration of the points of difference between Shakespearian and modern [Victorian] English may seem to have been a mere list of irregularities and proofs of the inferiority of the former to the latter. And it is true that the former period presents the English language in a transitional and undeveloped condition, rejecting and inventing much that the verdict the posterity has retained and disregarded. It was an age of experiments, and the experiments were not always successful. While we have accepted copious, ingenious, disloyal, we have rejected as useless copy (in the sense of “plenty”), ingin, and disnoble. But for freedom, for brevity and for vigour, Elizabethan is superior to modern English. Many of the words employed by Shakespeare and his contemporaries were the recent inventions of the age; hence they were used with the freshness and exactness to which we are strangers. Again, the spoken English so far predominated over the grammatical English that it materially influenced the rhythm of the verse, the construction of the sentence, and even sometimes the spelling of words. Hence sprung an artless and unlabored harmony which seems the natural heritage of Elizabethan poets, whereas such harmony as is attained by modern authors frequently betrays a painful excess of art. Lastly, the use of some few still remaining inflections (the subjunctive in particular), the lingering sense of many other inflections that had passed away leaving behind something of the old versatility and audacity in the arrangement of the sentence, the stern subordination of grammar to terseness and clearness, and the consequent directness and naturalness of expression, all conspire to give a liveliness and wakefulness to Shakespearian English which are wanting in the grammatical monotony of the present day. We may perhaps claim some superiority in completeness and perspicuity for modern English, but if we were to appeal on this ground to the shade of Shakespeare in the words of Antonio in the Tempest:

“Do you not hear us speak?”

We might fairly be crushed with the reply of Sebastian:

“I do; and surely

It is a sleepy language.”

* Abbott was, by the way, also the author of Flatland: A Romance of Many Dimensions 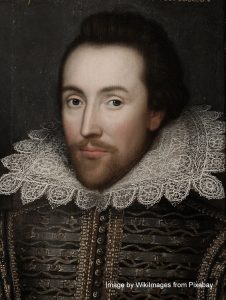