Reading Across the Lines 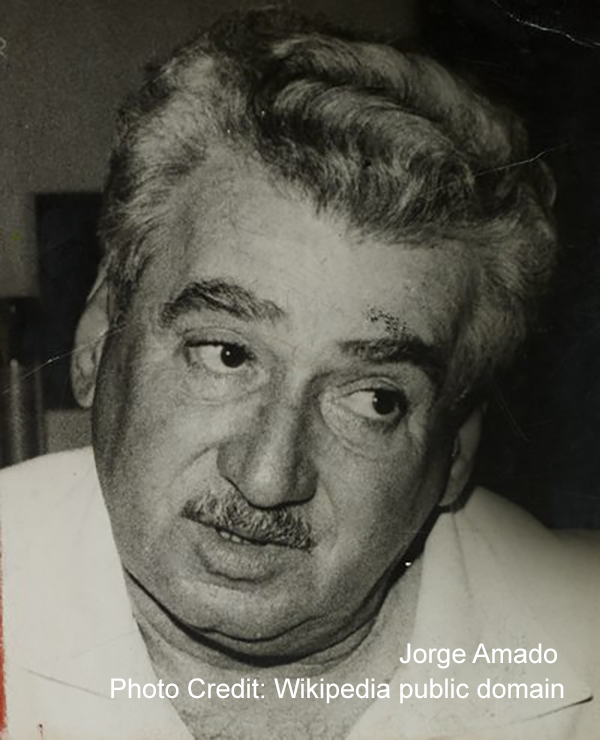 It is 1925 in Ilheus, a sleepy town in the province of Bahia in southern Brazil, and Nacib the Arab’s longstanding cook—for him personally as well as for his café—has up and left him for family matters, as she has threatened to do for years. On this same day that Nacib loses his cook, Colonel Jesuino Mendonca rides into Ilheus from his cacao plantation and puts two bullets each in his wife, Dona Sinhazinha Guedes Mendonca, and her young lover, Dr. Osmundo Pimentel, her dentist. Murdering your unfaithful wife is not only acceptable in the wild-west culture of old Brazil, it is all but mandated. The last man who failed to avenge his cuckolded pride was railroaded out of town. Meanwhile, Colonel Ramiro Bastos who has ruled Ilheus for decades with an iron fist is about to be challenged by the powerful newcomer in town, Mundinho Falcao, not a cacao planter but a cacao exporter, a young man with young ideas. And thus begins the two primary plots of the comic folk-novel, Gabriela, Clove and Cinnamon, by Jorge Amado (1912—2001). The replacement cook that Nacib finally finds, a woman from the backwaters just arrived in Ilheus in ragged clothes and so dirty that Nacib cannot tell how old she might be, let alone whether she’s as good a cook as she claims, turns out to be, once home and cleaned up, a fabulous cook and even more fabulous lover, the love and yes, of course, the near ruin of Nacib the Arab’s life. This is a love story, after all.

Gabriela, Clove and Cinnamon, published in 1958 and subsequently translated from the Portuguese by James L. Taylor and William L. Grossman in 1962, is on the list “25 Books to Read Before You Die, World Edition, 2016,” published in PowellsBooks Blog. The list is weighted toward the late 20th and early 21st Centuries. I have previously read some of the titles on the list and intend (good intentions!) to work my way through the remainder of the list and summarize them here, appending to each blurb some brief critical notes.

As to Gabriela, Clove and Cinnamon, I will remark critically that though following the vicissitudes of Nacib and Gabriela’s lovers’ career of ardor found, ardor betrayed and lost, and ardor refound and of Bastos and Falcao’s epic contest between the old world of personal chivalry and masculine honor and the new world of civilization and law is light and enjoyable reading, the novel also feels dated by now. It’s a yarn, or set of interwoven yarns, and, as such, entertaining, but Amado telegraphs his plot twists so clearly and so far in advance that the book seems at protracted intervals to be crawling at a snail’s pace toward its unsurprising conclusions.